5 Dream Jobs of New Graduates in the Financial Industry

Big dreams and fresh out of colleges and universities, many graduates are looking for their dream job in the financial industry. Be the next Warren Buffett or George Soros? Be next hotshot Investment Banker or Private Banker?

Which are the top 5 jobs graduates aspire to be in the financial industry?

Why become a Fund Manager: Fund Managers manage hundreds of millions to billions of investment portfolio. They are known to have astute investment acumen, strong economic knowledge and in-depth quantitative and qualitative analytical skills.

Odds of becoming one: Almost zero. Most aspiring fund managers peaked as a portfolio manager. The portfolio manager decides on asset allocation strategy, risk and returns management within a stipulated mandate. Fund Managers set the overall direction of the fund which, impacts majority of the fund performance.  If a portfolio manager is managing a Japan Equity Fund in the 1990s, he or she is unable to stop investing in Japan until the Fund Manager decides Japan is not a lucrative equity market for the next 10 years – therefore shutting the fund.

Why become an Investment Banker: Getting companies to IPO (Initial Public Offerings), underwriting or structuring large amount of debts / equity that ranges from hundred of millions to billions. Occasionally, being involved in mega deals such as the IPO of Alibaba, a record $25 Billion in 2015.

Highest on Record: About $5 Million

Odds of becoming one: Low. Most aspiring Investment Bankers don’t meet the cut. The selection process is extremely stringent and only the best of the applicants are selected. The role requires fast-learning, high work-rate, incredible numbers-crunching and qualitative analysis. Those that made it through the initial years, found it harder to maintain the required expectations and growth rate and quit by the age of 30. The only Investment Banker that really matters, is the one that brings in the hundred of millions or billion dollar deal.

Why become a Private Banker: Providing banking, financial, investment and wealth management advice to some of the richest people in the world. These require very strong knowledge and ability to connect to the wealthiest and influential people in society.  And alongside a big pay check, perceived glamorous lifestyle in wine and dine and managing hundreds of millions to billions of assets and transactions.

Behind their inspiration: Mixing with the billionaires, millionaires, successful, influential, socialites and the elites.

Highest on Record: About $8 Million

Odds of becoming one: Low. Having strong wealth management knowledge, financial and banking knowledge is difficult. Knowledge is only the basic requirement. Most aspiring Private Bankers struggle and are not able to keep up with the pressure and trends. Private Bankers also need to bring their network of wealthy clients to bank with them. The amount can range from a few millions to hundred of millions of AUM (Assets under Management).

Why become a Trader: Buying low and selling high. Making quick decisions.  Trading millions or hundred of million dollars and getting out within the next minute, hour, day or weeks. Raking in profits that goes from thousands to millions, just simply by analysing financial data and trends from a computer screen from anywhere, including their home.

Odds of becoming one: Moderate. There are many kinds of traders: Execution, Agency Trading, Market-Making and Proprietary Trading. Execution Traders and Agency Traders trade as per instructed, offering some financial market information and advice. Market-Making Traders involve finding buyers and sellers of the underlying while Proprietary traders have a view, takes the position and attempt to profit from the trade. It is moderately easy to become a Execution trader while it is highly unlikely to become a Proprietary trader.

Why become an Equity Analyst: Graduates spend most of their early finance education in cashflow, valuation models, security pricing, marco-economic models, economic indicators and trends.  Their interests gradually grow into stock picking, finding undervalued stocks with growing fondness in fundamental analysis. Sometimes, they are attracted by technical analysis and other revolutionary methods. Becoming an Equity Analyst is a natural progression into a career with their education background and personal interests.

Odds of becoming one: Moderate. An analyst needs to have strong qualitative and quantitative skills with ability to pick up economic and financial trends quickly. Most brokerages and asset management companies hire a lot of analysts, while the banks hire less. This is because banks typically do not conduct primary analysis on stocks. Although becoming an Equity Analyst is a popular role, some become an analyst in Fixed Income, Commodities or FX too. 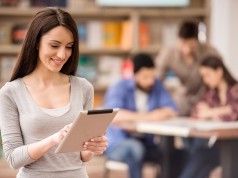 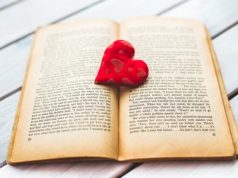 8 Reasons Why Building a Portfolio is Tough in Asia

Why Access to Global Economic and Investment Opportunities is Never Equal...

8 Reasons why Clients prefer to place Money in Deposits than...