The richest United States billionaires personal tax filings had been leaked, including billionaires Jeff Bezos, Warren Buffett, Elon Musk, Michael Bloomberg, Carl Icahn and George Soros, with the top 25 richest billionaires paying an average tax rate of 3.34%. From 2014 to 2018, the top 25 richest billionaires in United States grew their wealth by $401 billion, but paid only $13.6 billion in federal taxes, an average tax rate of 3.34% compared to 14% for the median income tax rate.  (The tax leak did not disclose details on donations, that may have qualify for tax deductions)

In the United States, the leaked tax filings showed the 25 richest billionaires in United States paid an average tax rate of 3.34%, while the median (50th percentile) pays 14% in federal taxes for earnings at $70,000.  The highest income tax rate is 37% tax rate, for earnings above $523,600.

The United States authorities have launched an investigation into the tax leaks.  Michael Bloomberg, former Mayor of New York and founder of Bloomberg, have also pledged to use all legal means to uncover the source of the leak.

In the United States, there is a 40% estate tax.  In countries where there are high estate taxes, clients and wealth managers will structure assets to transfer assets to their heirs or beneficiaries without or reducing estate taxes.

In April 2021, the heirs and family of Samsung including current Vice-Chairman of Samsung Electronics Lee Jae-Yong will be paying inheritance tax of around $10.7 billion (12 trillion won) for inheriting around $22 billion estate from the late Samsung Chairman Lee Kun-Hee who died in October 2020.  South Korea has one of the world’s highest inheritance tax rates with tax rate at 50%, and more if the estate has a controlling interest in a company.

In 2007, founder of Amazon Jeff Bezos fortune grew to an estimated $3.8 billion and reported an income from $46 million (1.2% of fortune).  Filing taxes jointly with his wife (divorced in 2019), they were able to offset taxes with losses of investments, deductions, interest expenses on debts and other expenses.  In 2011, Jeff Bezos estimated fortune was at $11 billion, and filed minimal income and investment losses, and received $4,000 in tax credit for his children.

Jeff Bezos is the founder of Amazon and has an estimated personal fortune of $190 billion (June 2021). His family office is Bezos Expedition, and in 2020 manages more than $107 billion of family assets.

From 2015 to 2018, Warren Buffett reported annual income from $11.6 million to $25 million with his estimated wealth ranging from $60 billion to $80 billion during the period.  Warren Buffett is the Chairman of Berkshire Hathaway, an investment company, that pays no dividends with the company accruing the cash to find new investments.  (Dividends paid to shareholders are taxable.)

In Warren Buffett’s reply to ProPublica, he ultimately plans to donate 99.5% to charity.

“I believe the money will be of more use to society if disbursed philanthropically than if it is used to slightly reduce an ever-increasing U.S. debt” ~ Warren Buffett

Warren Buffett is one of the founding member of Giving Pledge, a global philanthropic movement launched in 2010 by Microsoft chairman Bill Gates and his wife Melinda Gates and Berkshire Hathaway chairman Warren Buffett with a total of 40 billionaires.  The Giving Pledge is a moral commitment by the world’s wealthiest to give the majority of their wealth to charitable causes.  Currently, there are 220 pledgers from 25 countries.

Notable names from finance are:

Signers of the Giving Pledge

Signers of the Giving Pledge commit to give the majority of their wealth to philanthropy, either during their lifetimes or in their wills.

To Join the Giving Pledge

To join the Giving Pledge, billionaires will need to have at least $1 billion in personal net worth and and are ready to make a public pledge to donate the majority of their personal wealth to philanthropy.  Visit: The Giving Pledge

Every year, Warren Buffet donates to the Bill & Melinda Gates Foundation. The donation started in 2006 with $1.6 billion, increasing every year and in 2019, the donation amounted to $2.7 billion. In total, the foundation received $27.3 billion from Warren Buffet over 14 years.

In 2019, the foundation funded a total of 136 countries.  In United States, the foundation support those with fewer resources, providing access to opportunities to succeed in school and life. Internationally, the foundation focus on improving health, and helping people to lift themselves out of hunger and extreme poverty.

In 2016, the leaked of the Panama Papers: Mossack Fonseca, revealed the world’s rich and powerful using tax havens to hide their wealth.

Source: ProPublica has obtained a vast trove of Internal Revenue Service data on the tax returns of thousands of the nation’s wealthiest people, covering more than 15 years. The data provides an unprecedented look inside the financial lives of America’s titans, including Warren Buffett, Bill Gates, Rupert Murdoch and Mark Zuckerberg. It shows not just their income and taxes, but also their investments, stock trades, gambling winnings and even the results of audits 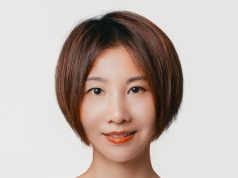 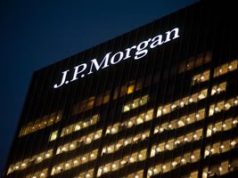 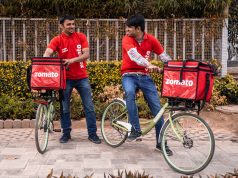 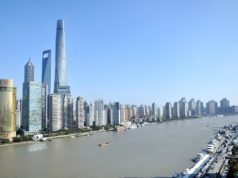 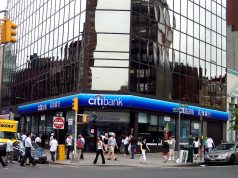